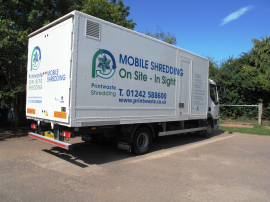 The statistics were derived from 277 UK banks and businesses which showed that almost 173,000 cases of fraud were recorded in 2016, the highest level since records began 13 years ago. In the South West we saw an increase of 12% compared with 2015, up at 6390 cases.

The majority of the fraud took place when a fraudster pretended to be an individual, enabling them to buy a product or take out a loan in their name by getting hold of the necessary information by stealing mail, computer hacking and exploiting personal information on social media. Information was also gathered via ‘social engineering’, where people gave up personal information to someone pretending to be from their bank, the police or a retailer.

Whilst a growing number of young people aged under 30 appear to have been targeted, figures show that every age group is at risk.  And it’s not just individuals that are a target. Crimes of identity theft and fraud, and in particular theft from bank accounts, can equally happen to businesses.

“The stats released today by Cifas are of concern, however if we all become more vigilant and educated around fraud and financial crime we will see this figure reduce. We must all become more aware and take action to protect ourselves and our customers. It’s vital that all documents containing confidential information are shredded by a reputable data destruction company and that the same caution is applied to computer and laptop hard-drives and any other items that could be used to identify or impersonate an individual. By applying best practise at home and in business, we can make it very difficult for fraudsters.”

“These new figures show that identity fraud continues to be the number one fraud threat. With nine out of ten identity frauds committed online and with all age groups at risk, we are urging everyone to make it more difficult for fraudsters to abuse their identity. We all remember to protect our possessions through locking our house or flat or car but we don’t take the same care to protect our most important asset – our identities. We all need to take responsibility to secure our mail boxes, shred our important documents like bank statements and utility bills, and take sensible precautions online – otherwise we are making ourselves a target for the identity fraudster.”

Based in Cheltenham, Printwaste Recycling and Shredding offer award winning shredding services that will ensure data is securely shredded either on-site at a company’s offices using a fleet of mobile shredding vehicles, or off -site at their high security shredding facility based in Cheltenham. Contact Printwaste by visiting www.printwaste.co.uk or call on 01242 588600.

Previous Post
Why sustainability is vital to the information destruction sector
Next Post
Waste-to-Energy: achieve zero to landfill