Posted on: 3 years ago
NewsWaste-to-Energy
Plans to build the £500m waste incinerator in Gloucestershire have been put on hold until after the local elections, after the Conservative-led council received a letter from Lib Dem councilor Jeremy Hilton, requesting that “no further work be done” on the proposal until a new administration starts after the local elections. The plans to build the incinerator on the site of Javelin Park, just of junction 12 of the M5 have been put off, despite the fact that a 25-year contract had already been signed between the Gloucestershire county council and Urbaser Balfour Beatty (UBB) to build the energy-from-waste plant. Hilton has said ‘we don’t want the officers of the county council to progress any work on the project until the new administration of the council council, that will be formed after the elections, has had time to consider the implications of the refusal of planning permission by the planning committee’. Elections will be held on May 2nd. 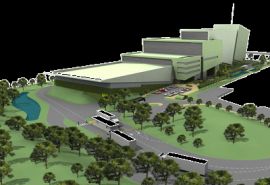 Our Managing Director, Don Robins comments; “Despite being controversial, the Javelin Park plans were designed to help manage the ongoing challenge Gloucestershire County Council is facing with landfill waste; supporting and meeting the Government aims and objectives for reducing waste impact. Regardless of the likely positive or negative impact of the Javelin Park initiative, last night’s decision will mean that the Council faces a tough choice as it looks for the alternatives to waste incineration. At Printwaste, we work with a number of local Councils to manage their recycling and landfill waste diversion strategies, including managing 100% of the kerbside recycling collections for Cheltenham Borough Council. With each of these initiatives, we obtain near 100% recycling of the waste we handle and each Council is working hard to increase volumes recycled and reduce landfill waste for the future. The challenge now is to increase the volume of landfill diversion, through recycling, re-processing and other alternative means, both for household and commercial waste; whenever we carry out commercial audits we highlight that typically 75% of waste can be diverted from landfill through recycling or other sustainable sources. We applaud what the local Councils have achieved so far and what they will continue to improve. The onus also needs to be placed on local companies to revaluate their recycling policies and infrastructure to see what they can do to minimise their waste currently destined for landfill; especially with the waste tax increase which was confirmed in the budget earlier this week rising to £72 per tonne from 1st April this year and £80 per tonne in 2014.”