The Bigger Picture: 3 countries with recycling practices to learn from

A few weeks ago, Defra released statistics on the UK’s recycling performance in 2016 – and the figures weren’t overwhelmingly positive. Coming out on top was Wales, recycling or composting 57.3% of its waste. England followed at 44.9%, Northern Ireland at 43.0% and Scotland at 42.8%. 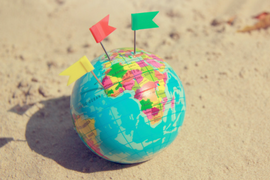 So clearly, as a nation, we still have some work to do. With this in mind, and with Global Recycling Day taking place this month, we thought it made sense to look a little further afield – and check out what other countries are doing with their waste. Here are three that caught our eye…

In 1975, Sweden recycled only 38% of its household waste. Now, that number is almost at 100. But how did they do it? In part, by burning millions of tonnes of waste into energy, and using that energy to power homes. In fact, they’ve got so good at this, the Swedes have run out of waste to burn, and now have to import from the likes of Norway, Ireland and us here in the UK! But this is only half of the story. Sweden has made recycling part of everyday life – households sort and separate their rubbish, recycle stations exist no more than 300m from every residential area, and individuals are responsible for taking larger rubbish to recycling centres on the outskirts of cities. The Swedes even recycle their leftover medication, by giving them back to pharmacies for safe combustion.

With a large population and little land, Japan simply doesn’t have the space to send its rubbish to landfill. And with air pollution already an issue in the country, incineration is equally problematic. So the Japanese found another, more eco-friendly, solution for its waste – strict regulations and legislation. Take their Home Appliance Recycling Law, for example. Under this law, customers have to pay a fee to recycle appliances, retailers are to accept unwanted appliances back, and manufacturers must have an adequate recycling process in place for unwanted goods. Not only this, but each appliance has a set minimum recycling rate. It may all feel a little regimented, but these laws put the responsibility to recycle on everyone from individuals through to the big manufacturers, and it works. Japan recycles 98% of its metals, and a whopping 80% of the materials recovered from recycled appliances are used to create the same type of product again.

According to waste consultancy, Eunomia, Germany has the best recycling rate in the world. But how did our neighbour get so good with its waste? By using a classic case of positive and negative reinforcement – reward for recycling and penalize for general waste. Food waste pick-ups happen once a week, Paper and Packaging Materials pick-ups alternate weekly, and remaining general waste gets picked up just once a month. Dependent on location, fees for collecting recycling are either non-existent or low, whereas those for general waste are always costly. So, not only does it take ages for Germans to get their general waste collected, but they have to pay for it as well. Might as well try and recycle then, eh? And that’s a big part of why, despite generating over 50 million tonnes of waste each year, Germany recycles 87% of it – and gets the title of best in the world.

Previous Post
Insider View: Recycling in the News
Next Post
The Spring Statement – How planet-friendly really was it?