Our Managing Director, Don Robins responds to the budget 2013

Posted on: 3 years ago
Business RecyclingNewsWaste-to-Energy

The Landfill tax rises once again by £8 to £72 per tonne and is set for a further increase in April 2014. But the lack of budget planning by the Government has created problems and a level of uncertainty for the waste industry. 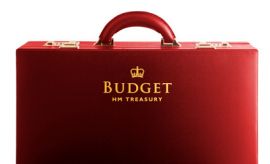 Since being first introduced in 1996, Landfill Tax has seen a constant increase, with the intention of discouraging companies and councils from opting for landfill disposal, and instead incentivizing them to recycle their waste. For April 2013, the Landfill tax has been increased by £8, from £64 to £72 per tonne, with information of just a single further increase, which is set for April 2014. However, the government has not released any additional indication of future plans for this tax in the recent budget, which has come as a shock to the waste industry.
In response to the recent budget released by the Government, our Managing Director, Don Robins, has said; “Following the 2013 budget, we are disheartened that the Government hasn’t done more for the waste and recycling industry; having identified areas of missed opportunities which should have been addressed. With regards to the landfill tax escalator, there has been no further clarification of what increases will take effect after 2015; for now it will remain with an additional £8 per tonne being levied in 2014. Better clarification on the future of landfill tax would have helped the industry plan ahead; instead they have fallen short of promoting green values and objectives, which in turn would have promoted recycling. In general, the Government’s lack of support in what is a potential high growth industry is unfortunate; budget support for recycling would have aided the economy, giving rise in employment and helping the country to meet the preset Government environment and recycling targets.”

Previous Post
Landfill Tax Increase; on the up again for the sixth year running
Next Post
Plans to build the £500m waste incinerator in Gloucestershire have been put on hold until after the local elections