Why sustainability is vital to the information destruction sector 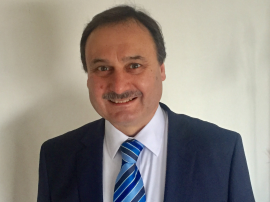 “The Spring Budget (8th March 2017) touched on sustainability in a few areas, which was encouraging given that this Government have consistently promised to become the first ‘to leave the environment in a better state than it found it’.

The inclusion of investment into road infrastructure will be helpful to the sector, as will the freezing of HGV excise duty rates. Recycling targets were increased which indirectly will raise awareness of what we do with shredded material. It was promised that landfill tax would be looked at in 2018 along with the Landfill Communities Fund which has been set up to decommission landfills as they close, both good news. Landfill tax has played an important role in diverting waste from landfill, undoubtedly spurred on by past increases, it’s good to hear that this continues to be a priority.

The Government also stated that they will consult on extending the scope of Landfill Tax to include illegal disposals of waste made without a required permit or licence. This will bring greater awareness to our clients regarding the safe disposal of unwanted material. It’s pleasing to see the Government taking steps to punish criminals that undermine legitimate destruction service providers.

Paper recycling targets are set to rise to 75% by 2020 – as the UK gears up to achieve this increase, businesses and clients should choose destruction service providers that offer a secure shredding service that ensures disposal following shredding and destruction via a safe recycling route. Good social responsibility in practice and will help achieve Government targets.

As proven in the first and last Spring Budget delivered by Chancellor Philip Hammond, in a tough economy, environmental sustainability can take a back seat. As the economy recovers, we’ll no doubt see that those organisations that maintain their environmental focus will be one step ahead in building their reputations as socially responsible companies.

The destruction industry has a responsibility to support the UK’s transition to a low carbon, resilient and resource efficient economy. We can do this in the selection of fuel efficient vehicles and machinery as well as improving route density with the use of vehicle tracking systems used by BSIA members.”

Don has been an active member of the Information Destruction Section since Printwaste joined the Association in 2002, being heavily involved in writing EN15713, the European standard for the destruction of confidential material and developing the sector’s National Occupational Standards (NOS’). Don was elected Chairman of the ID Section in July 2016 and is also a non-executive Director of the Association, representing the Information Destruction Section at Board level and providing oversight to the Executive Board.